Share a memory
Obituary & Services
Guestbook
Read more about the life story of Arline and share your memory.

Arline Margaret (Roberson) Walker, born on November 17, 1938, passed away on Tuesday, October 4, 2022.  She was 83.  Born to Ralph Roberson, Sr. and Julia Almira (Hazzard) Roberson she was the 10th of fourteen children.   "Margie", as she was fondly called, grew up in Worcester, MA, and after a number of years relocated to Springfield, Massachusetts, and purchased her "forever home."  During this time she raised six amazing children (three boys and three girls) and two granddaughters.

In 1996 she was baptized as one of Jehovah's Witnesses and attended what was then called The South Congregation on Clifton Avenue.  She remained loyal to Jehovah until the end.

She was a proud member of the Native American Nipmuc Nation … both Hasanamisco & Chaubunagungamaug Bands … and could trace her lineage back to the 18th century.

Margie is survived by her two younger sisters, Diana Leak and Marcia Manong, both of Malden, MA;  her six children. Johnny Walker, Robert "Bobby" Walker, Derek Walker, Arlyse (Walker) Riley, Arlene "Teddy" Walker, and Rene "Boomba" Walker;  18 beloved grandchildren, two of whom she raised, Indishia (Mendoza) Bosworth and Jovahn Mendoza;  a multitude of great-grandchildren, nieces, nephews, and extended family.
She was a devoted mother, a supportive sister, loving aunt, doting grandmother, and concerned friend.  She was a PHENOMENAL Woman whose presence has forged a path of change.

As sad as we are, Mummy prepared us for life with each hug and kiss, chastisement or lecture.  She was an example of strength, beauty, mercy, resilience, courage; but most importantly LOVE:  Lessons of Values that help us Evolve--L.O.V.E.
May we go on representing your worth with dignity and grace.

There will be a memorial service at Harrell Funeral Home on Saturday, October 22nd, at 11 a.m.

To send flowers to the family or plant a tree in memory of Arline M. Walker, please visit our floral store. 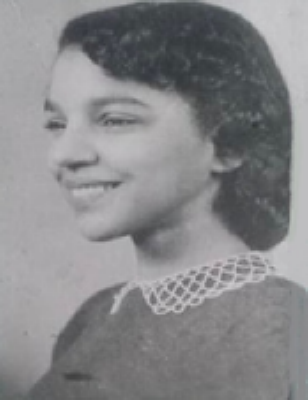