Share a memory
Obituary & Services
Guestbook
Read more about the life story of Deborah and share your memory.

Deborah Cherise Williams was called home on Saturday, January 22, 2022, in West Springfield, Massachusetts.  Born on October 11, 1959, in Springfield, MA, to the late Saint Beverly Ann (Wilson) Palmer and Apostle Jack Grant Williams, she was the fourth to six children.

Debbie attended Chestnut Middle School and Technical High School.  Over her career, she worked as a Certified Nursing Assistant and a Pharmacy Technician.  A longstanding member of the United House of Prayer for all People, she supported the Maids and Grannies Club activities by selling watermelon at church gatherings.

She enjoyed knitting, crocheting, playing bingo, and watching westerns, football, and cooking shows.  She adored her grandchildren and when able to get the time away, she loved traveling to North Carolina to spend quality time with her family.

A loving mother and devoted daughter, “Auntie Debbie” was beloved by many.  Debbie’s home was a place of refuge, offering support and comfort to friends and family.  Debbie accepted everyone for who they were, saying “that’s what my daddy (Apostle Jack Williams) would do”.  Debbie was always there to lend a listening ear to a family member.  Her quirky sense of humor and annual holiday and birthday cards to her family and friends near and far will be missed.

Predeceased by her son, Julius Baruti Lewis, a sister, Felicia Celeste Williams, and a brother, Derek Williams Sr., she is survived by her daughter, Cherise T. Williams of Mesa, AZ;  three siblings, Grant A. Williams of Atlanta, GA, Fabian M. Williams Sr. of Graham, NC, and Rolanda C. Williams of Springfield;  and her four grandchildren.  She is fondly remembered by nieces and nephews, Derek Jr., Jeanne, Omar, Taurus, Tawanna, Tabrina, Christopher, Fabian Jr., Shantaya, Shaymara, and Tarina, and a host of great-nieces and nephews.

To send flowers to the family or plant a tree in memory of Deborah C. Williams, please visit our floral store. 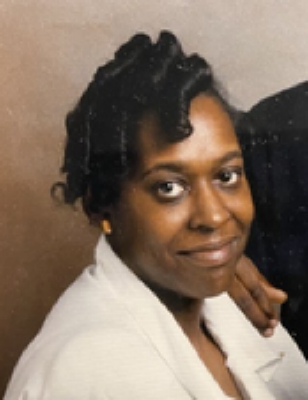