Read more about the life story of Ernest and share your memory.

Ernest “Ernie” Denson, a son of the late Juel Lee Denson Sr. and Gladys Preston Denson, was born on December 28, 1946, in Sumter, Georgia, at home.  He was the 7th of 13 children.  His Daddy was a Farmer and his Mom was a homemaker.  The family moved to Springfield, Massachusetts, around 1952.  Ernie was enrolled into the Springfield Public Schools and graduated from Technical High School upon completion of all his studies.  Shortly after graduation, Ernie was drafted on February 25, 1966, into the United States Navy.  He served as a cook till August 14th, 1971.  After his honorable service to his country Ernie moved to California.

Ernie worked as a Cook/Chef for several restaurants and Hotels and was a bartender at a nightclub as well as at private parties before he found his career at SCRTD/Metro in 1977, as a Bus Operator.  Ernie loved his job.  He enjoyed talking to people and helping whenever he could.  Ernie retired in 2002 from Metro but continued to work as a driver but this time as an Executive Limousine Driver.  He worked for Delivery Express until 2017 when he was faced with serious health issues which forced him to retire.

Ernie met the love of his life, Lillian Martha Ovalle, and they married in May of 1980, and lived happily till her death in February 2001.

Ernie passed away early in the morning of Monday, November 7th, 2022, at the Veterans Hospital in Westwood, California, after a lengthy illness.

Ernie leaves to mourn his passing, two daughters, Ninnette Stewart of North Carolina and Monica McConnell of Hawaii;  a son, Efrain Denson of Los Angeles, California;  two brothers, John Lee Denson of Springfield and Louis Denson of Philadelphia, Pennsylvaina;  five sisters, Tommie Johnson, LuVonne Denson, Mary Helen Denson, and Rebecca Denson-Roman all of Springfield, and Tina Denson of Connecticut;  three grandsons, Patrick Stewart, Jackson Stewart, and Kepoikai McConnell;  a granddaughter, Casey Stewart;  numerous nieces, nephews, great-nieces, great-nephews, as well as great- great – nieces and nephews;  numerous cousins;  and a host of friends.  Though he was far from his siblings, the distance didn’t change their love for one another.  Family was always important.  His family and friends will always remember his smile, laugh, and generous spirit.  Anyone who knew him, knew he would give you the shirt off his back if you needed it.  He will truly be missed.

To send flowers to the family or plant a tree in memory of Ernest Denson, please visit our floral store. 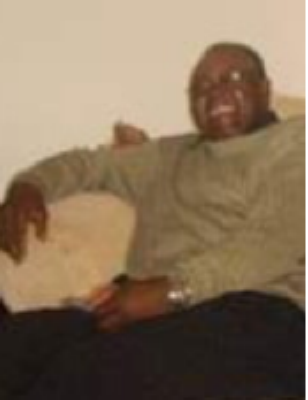 You can still show your support by sending flowers directly to the family, or by planting a memorial tree in the memory of Ernest Denson
SHARE OBITUARY
© 2022 Harrell Funeral Home. All Rights Reserved. Funeral Home website by CFS & TA | Terms of Use | Privacy Policy | Accessibility