Share a memory
Obituary & Services
Guestbook
Read more about the life story of Helen and share your memory.

In the love and comfort of her home with family by her side, Helen Frances (Mitchell) Lee, 96 years, joined her Heavenly Father on Wednesday, February 9, 2022.  Born on August 18, 1925, in Lynchburg, Virginia, Helen, an offspring of a second-generation slave family, was reared on a farm in Big Island, Virginia.

Helen met and married Bernard Nathaniel Lee, Sr., in 1944.  The couple had four children, two boys and two girls, who traveled with them throughout the USA and Europe, while her husband served in the U.S. Army.  Mrs. Lee is predeceased by her husband, daughter, Bernadine F. Dickerson, and nephew, Marcus V. Simms. Mrs. Lee is survived by Almaneta G. Lee of West Springfield, MA, Mercer W. Lee of Chandler, AZ, Bernard N. Lee, Jr. of Conyers, GA., and a host of cousins, grandchildren, great-grandchildren, great-great-grandchild, nieces, nephews, loving church members, and friends.

Mrs. Lee’s volunteerism began in 1958, while in Ansbach, Germany.  Mrs. Lee worked with Social Services, giving assistance to families in need, acting as a liaison between the Army and civilian families.  The Lee family returned to the USA in March 1961.  While in Lawton, Oklahoma, Mrs. Lee organized and conducted a Missionary Circle that collected clothing from military families that were leaving the area.  The mission prepared and shipped the collected clothing to orphans overseas.  Mrs. Lee worked with the Red Cross helping needy families.  She made telephone calls to families, members of the military, and helped to assist in time of need after natural disasters, like tornados and floods.

In 1966, the Lee family relocated to Washington, D.C., and settled in Seat Pleasant, Md.  Mrs. Lee established a day care center caring for children of families moving into Peppermill Village, which was a community of Seat Pleasant.  Mrs. Lee attended Prince George’s Community College to obtain certification for her center.  For seven years, Mrs. Lee was a certified owner and operator of “Lee’s Day Care.”

Mrs. Lee worked tirelessly in the community.  She served as secretary of the newly formed Citizens’ Association and Block Captains organization.  In 1967, she and seven women organized a group called Concerned Women of Peppermill.  The group grew to eighty-six members and functioned as the backbone of the community.

In 1980, following her husband’s return from Korea, Mrs. Lee organized a crime prevention program in Peppermill Village.  She, and her husband, conducted meetings to encourage families to participate in engraving items for police identification and recovery.  They also encouraged families to take turns riding through the neighborhood with the Neighborhood Watch Team.  For her community services, Mrs. Lee received the “Governor’s Award for Crime Watch” and the 25th Legislative District “Outstanding Service Award.”

In addition to the community service awards, Mrs. Lee received the “Love and Labor Award” in 1984 from First Baptist Church of Highland Park, “Outstanding Community Service Award” in 1985 from Kiwanis International, “Special Recognition Award” in 1986 from the Peppermill Village Citizens’ Association, and the “Community Service Award in 1987 from the Arlene Drive Block Club.  Mrs. Lee worked, for years, with the Capital Heights /Seat Pleasant Boys and Girls Club collecting registration material for annual sports programs.

Mrs. Lee was busiest at her church, the First Baptist Church of Highland Park, Landover, Md.  In 1978, she and a handful of other members decided to offer child-care services on Sunday mornings.  The church nursery cared for the children – lovingly called “little people” by Mrs. Lee.  In 1980, the Volunteer Nursery Program was sanctioned by First Baptist Church of Highland Park to operate in the Wyatt Annex on a larger scale.  It grew into a comprehensive ministry of eighty-two trained adults and forty-six youth. The Day Care Center, and church Nursery Ministry, became the steppingstone for the Highland Park Christian Academy, which has been operating for over 42 years.  The Pre-K through eighth grade school is one of the oldest of the 122 private schools in Prince George’s County.  In 1992, Mrs. Lee received the “Leadership Award” from the Volunteer Nursery at First Baptist Church of Highland Park.

Mrs. Lee had a strong and unwavering faith.  Her faith was tested on December 9, 1988.  An atrial tumor was found in her heart.  Five days later, she had open heart surgery.  The tumor was benign, but that experience led Mrs. Lee to share her faith with others.  The day before the surgery, she authored a poem entitled, “The Mountain Journey.”  That poem became the first in her two published books of poetry.  In 1995, Mrs. Lee published, “Looking Towards the Sky” and she followed with “Get Outta the Rut.”

Mrs. Lee compiled an impressive body of written work over many years.  She wrote poetry for the Highlighter, a monthly newsletter published by the First Baptist Church of Highland Park in Landover, Maryland.  She composed a special poem, each year, and distributed it in her beloved Christmas Letter. Mrs. Lee shared the letter with her family, her church, and over one hundred friends across the country.

After the passing of her husband in 2002, Mrs. Lee and her daughter, Bernadine Dickerson, moved from Upper Marlboro, Md., to West Springfield, Mass., where Almaneta, the youngest daughter lives.  The two made their home at Landmark at Monastery Heights in West Springfield.  Mrs. Lee didn’t miss a beat with her writing and continued to supply poems to the Highlighter.  Mrs. Lee also established a program at Monastery Heights for residents who enjoyed reading and writing poetry.  The residents found the program refreshing and they eagerly attended her mid-morning poetry sessions.

Mrs. Lee joined St. John’s Congregational Church in Springfield and attended church each Sunday with her daughter, Almaneta, family and friends.  Mrs. Lee sat on the left side, last row of the church and many people paused as they were leaving the church to say, “Hello” and “Have a nice day!”

Mrs. Lee moved in with Almaneta in September 2019.  The two of them enjoyed watching birds and other wonders of nature.  They fed the squirrels and the Blue Jays, peanuts every day.  They watched the Hallmark channel and other religious movies as often as possible.  They attended virtual Sunday services and continued to produce the annual “Christmas Letter” together.  Mrs. Lee enjoyed being at home with her family and friends.

Live streaming will start at 10:55 AM EST for Helen Lee's funeral.

To send flowers to the family or plant a tree in memory of Helen F. Lee, please visit our floral store. 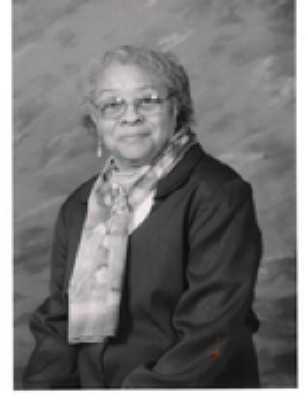