Share a memory
Obituary & Services
Guestbook
Read more about the life story of John and share your memory.

John E. McKemmie III of Springfield, Massachusetts, took his final curtain call on Friday, January 21st, 2022, at the age of 73 after a long illness.

John was born in Northampton, Massachusetts, at the Cooley Dickinson Hospital on August 26, 1948.  In his youth, he attended schools in Easthampton, Massachusetts.  He graduated from the University of Massachusetts in 1971 with a Bachelor of Science degree in History.  John was a passionate and caring man who was a memorable community theater actor and an accomplished theater director for over 40 years.

He performed and worked with many different groups in the Western Massachusetts area.  He won awards for both his acting and his directing.  He was also the founder and artistic director of Panache Productions of Springfield.  A social worker for most of his life, John retired from Highland Valley Elder Services.  He enjoyed his chess games and gourmet cooking.  He always gave 110% to any task before him. John was a beloved friend to so many people and especially an attentive nephew to his remaining aunts—Louise, Barbara, and Ginny.

John was predeceased by his mother, Grace and his father, John Jr. “Ted”.  He is survived by his sister, Elaine (and her husband, Jeff;  their son, Geoffrey;  their daughter, Teri (and her husband, Wayne LaFleur and their 3 children)), as well as his brother, Jim (his daughter, Katherine and her husband, Nick Quinn).  He also leaves his friend and favorite person in the world, David Hall.

For everyone’s safety during the Covid pandemic, the family has chosen to hold a private funeral service.

To send flowers to the family or plant a tree in memory of John McKemmie III, please visit our floral store. 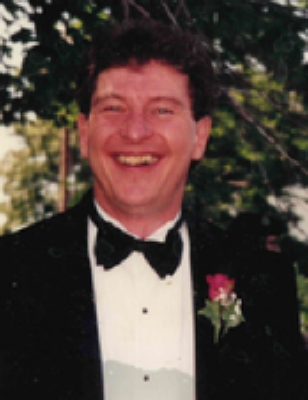