Share a memory
Obituary & Services
Guestbook
Read more about the life story of Luora and share your memory.

If we had to guess the message Luora “Barbara” Graves Webb would like the world to know, it would have to be, “Ladies and Gentlemen, my work here is done.”  Luora has received an invitation, the sort of an offer that cannot be refused, for an appointment from which she will not be returning. The assignment comes with a huge sign-on bonus, a reunion with family and friends she has not seen in a long time.  She has been called Home.

Lifelong resident of Springfield, MA, Luora “Barbara” Graves Webb took her place among the ancestors peacefully, with her daughters by her side, on Friday, May 6, 2022, at Baystate Medical Center in Springfield, MA. The daughter of Robert Lewis Graves, Sr. and Laura (Jacobs) Graves, Luora was born in Springfield, MA on October 13, 1926, the third of five children. She would go on for the next 95 years to create a life and community that is unmatched in accomplishments, service, determination, adventure, sophistication, and love.  She shared much of that journey with her beloved husband, Linwood C. Webb, who she married in 1948. The couple became parents to three wonderful children - Laural Christine Webb, Lance C. Webb, and Linda C. Webb, in 1949, 1950 and 1954 respectively.

After graduating from Classical High School in 1944, Luora (known as “Barbara” to family and friends - a name she gave herself at the ripe ol’ age of six - aghast that anyone may have the audacity to refer to her as “Lou”), began her illustrious 42-year career with the Springfield School Department.  She was the first African American hired to the clerical staff for the Department during World War II.  She retired in 1986 after obtaining the position of Accountant.

Luora dedicated herself to her family, friends, and community. A Cub Scout den mother, she influenced the lives of innumerable African American boys who would go on to become members of the U.S. Armed Forces, physicians, and businessmen. Notably, she served this role for Mr. Ronald Harrell, the gentleman who has been entrusted to lay her to rest.  Luora was the Team Mother and de-facto team manager for the Blunt Park Tigers’ 10 to 12 year-old football league.  The league, under her and her late husband’s “direction” produced Massachusetts Congressman Richard Neal, the At-Large Whip for House Democrats in U.S. House of Representatives. More importantly, it launched her own son’s successful college football career.  Lance played football for the U.S. Air Force Academy in Colorado Springs, CO.  Go Air Force!

As anyone familiar with this indominable force of nature knows, she loved people and she loved to travel.  Whether it was a partying in Sag Harbor, NY or at the Adam Clayton Powell Estate, sunning in her home away from home in Ogunquit, ME with Cesar Romero, conversing with Althea Gibson and late Justice Thurgood Marshall, hosting gourmet dinner parties, shopping in open air markets of Morocco, or whizzing through the streets of Monte Carlo holding her trepidatious little granddaughter’s hand (both squealing with joy) - Luora knew life was there to live, and live it she did.

In her later years, after the loss of beloved Linwood, Luora, a lifelong advocate of education, devoted herself to her own studies.  In 2006, she received an Associate’s Degree in Creative Writing at Springfield Technical Community College, where she was a Student Ambassador and published author for her works of poetry.  She went on to be a Francis Perkins Scholar at Mount Holyoke College, Class of 2009.  She is the oldest graduate in the college’s 185 years, receiving her Bachelor of Arts degree in African and African-American history at age 82.

In “all her free time,” Luora was a founding member of the Negro Business and Professional Women’s Club, and a proud member of the Order of the Eastern Stars - Boston, MA, as well as The Red Hat Society, and served the Golden Age Society of Springfield as both a member and president.  She was a dedicated member of St. John’s Congregational Church and was “Seasoned Saint” of the congregation.

Luora was pre-deceased by the love of her life, her husband of 58 years, Linwood C. Webb; her son, Lance C. Webb; her sisters: Estelle, Thelma and Loretta, and brother Robert; her brothers-in-law: Louis Webb, Edward “Eddie” Webb, Willard, and Cleveland “Skee” Webb; and a host of other sisters and brothers in law. She is survived by her two daughters: Laural Christine Webb and Linda C. Webb; her grandchildren: Mika Smith-Brown, Shana Webb Pennywell (Styron), and Shringalah Webb; four great-grandchildren; and many nieces, nephews, and relatives.

Visitation shall be held from 10-11 a.m. Tuesday at Harrell Funeral Home located at 355 Saint James Avenue, Springfield, MA, with funeral services at 11 a.m.

In lieu of flowers, memorial contributions in Luora’s name can be made to either St. John Congregational Church Scholarship Fund or the Springfield Technical Community College Foundation. In memory of Luora, we ask those attending the services to wear the color purple to honor the passing of our family’s Queen.

To send flowers to the family or plant a tree in memory of Luora Webb, please visit our floral store. 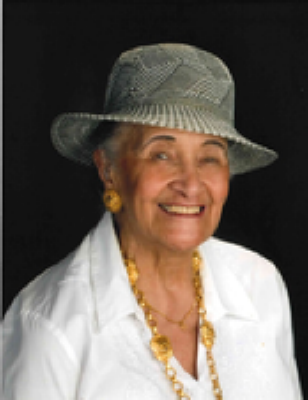