Share a memory
Obituary & Services
Guestbook
Read more about the life story of Patrica and share your memory.

Patricia “Trish” Walter, began her life journey on March 25, 1962.  She was born in Springfield, Massachusetts, to the late Mary-Jean Walter and Willie B. Walter.  She was the second youngest of her ten siblings.  On December 24, 2002, in Springfield, God decided it was time for her to rest and gain her wings.  Trish attended Springfield Technical High School.

Later down her life, when Trish got hooked on many different kinds of drugs, her life swiftly came crashing down.  As she began to get to the Lord and became a faithful member of the Freedom House Of God Church things changed for the better.  Patricia loved to hang around her family, especially her grandkids.  She loved to go to church, where she’ll receive the true word of God and be with her church family.  Two of her favorite colors are white and silver.  She enjoyed playing Wheel Of Fortune and would often say “You better not touch my diamonds”.  Some could say she was a clean freak and a great motivator.  She often found herself putting others before herself.  Trish was loving, kind, and beautiful.  She had a smile that could light up a room.  Also, if you looked close enough, eyes that could tell a story.  She frequently found herself saying “Well I don’t know”, even though she knew all God wanted her to.  In Patricia’s life you can see how God always has a plan, where her being in the world taught her to accept and be thankful for what she had in the present time.

She is survived by three children, Lamar Edward Holly and Shanita Yeomine Walter, both of Springfield and Zo’e Leshea Sanders Walter of Wilbraham;  two sisters, Joan Cropper of Indian Orchard, Massachusetts, and Yvette Grimes of Springfield;  a sister-in-law, Cindy Walter of Leominster, Massachusetts;  seven grandchildren;  many nieces and nephews and other relatives.

To send flowers to the family or plant a tree in memory of Patrica Walter, please visit our floral store. 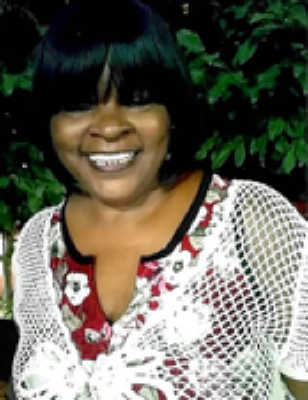