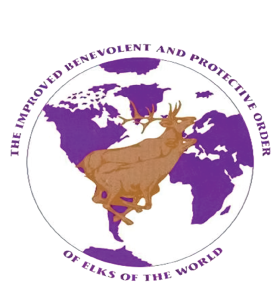 Stephanie Brooks, 69 of 27 Wellesley Street, Springfield, Massachusetts departed this life peacefully in her sleep on Saturday, December 18, 2021, at home.

Stephanie was born in Atlanta, Georgia, on May 4, 1952.  She was the daughter of the late Joan (Powers) Brooks and the late Thomas Brooks. Stephanie along with her mother and older sister migrated to Harlem, New York in 1957.  She was educated in the New York City Catholic and Public school systems. In the early 1980s, Stephanie moved to Springfield to be near her extended maternal family. In 1990, Stephanie began to work for the Committee for Public Counsel Services (Massachusetts Public Defenders Agency) where she was employed as an Administrative Assistant for 30 years until she retired in June of 2020.

Stephanie was a member of The Daughters of Improved, Benevolent, Protective Order of Elks of the World.  Stephanie also was a member of Wesley United Methodist Church which she attended regularly prior to the pandemic and where she served as a Communion Steward. Stephanie was never afraid to speak her mind and was admired for her ability to tell it like it is.  She also was fiercely loyal and protective of her family especially of her son, whom she loved dearly. Stephanie was a sharp dresser and always made sure to look good no matter where she went.  She also loved to dance and was usually the first and last person on the dance floor.  Stephanie loved spending time with her dog Lola, reading, watching television and movies, especially the Godfather series which she watched every chance she could, reading, drawing, baking, and gambling, with Vegas being one of her favorite places to travel.

Predeceased by her mother, Joan (Powers) Brooks, her older sister, Joan Laverne (Halimah) Brooks, and her stepfather, Nathanial Hall, Stephanie is survived by her beloved son, LaFaris Damon Brooks of Springfield;  a granddaughter, Aunye C. Brooks of Enfield, Connecticut;  her niece, Nicole E. Brooks of Springfield;  her maternal uncle, LaPheris Powers (Diane) of Suffield, Connecticut;  a host of cousins and other relatives;  and many, many friends to cherish her memory.

The calling hour is 10 to 11 a.m. Tuesday at Wesley United Methodist Church, 741 State Street, Springfield, followed by the funeral services at 11 a.m.

To send flowers to the family or plant a tree in memory of Stephanie Brooks, please visit our floral store.