Share a memory
Obituary & Services
Guestbook
Read more about the life story of Utako and share your memory.

Utako Shiraishi Dwyer, 90, of Springfield, Massachusetts, passed away peacefully in her sleep on October 15, 2022.  She was born on Terminal Island, CA. and was raised in Southern California.

She graduated from the University of Redlands and went on to earn her master’s degree in social work from Columbia University.  As a young social worker, Utako worked in East Harlem at Union Settlement House and on the Lower East Side at Hamilton Madison House.  She met and married the Reverend William Dwyer in New York on August 5, 1961.  She was an active clergy-wife, sharing inner city ministry with her husband on New York’s Lower East Side, Boston’s South End, and in Springfield, Massachusetts.  While raising the family, Utako worked with parents in the Boston Public Schools and with an art project during Boston’s school desegregation.  In Springfield, she worked with programs fighting for social justice and was on the staff of Johnson Life Center as a therapist working with children and adults.  For the last years of professional life, Utako worked for the Department of Mental Health doing case management and monitoring state contracts.

After retirement, her volunteer work in human services continued as a tutor for ACTS, a docent at the Springfield Museums, and working in the Loaves & Fishes kitchen.  Utako was an active member of Christ Church Cathedral (Episcopal), participating in the Cathedral Choir, the Flower Guild, and as a lay Eucharistic visitor.  She is a member of the lay order, Daughters of the King.

To send flowers to the family or plant a tree in memory of Utako S. Dwyer, please visit our floral store. 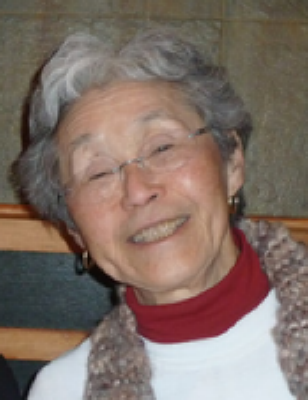